Giving you the benefits you don't get from insurance

A membership organisation supporting you and your family on the road, on your bike and at home
Airless tyres could soon become a reality

Airless tyres could soon become a reality - check out these amazing designs! 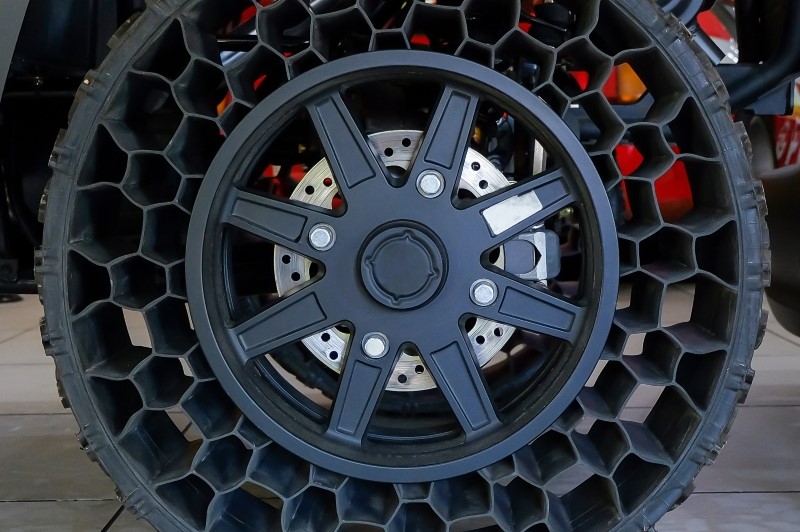 The latest technology and innovation could soon make airless and even 3D-printable tyres a reality on vehicles and bikes.

French tyre manufacturer Michelin is partnering with General Motors to bring an amazing airless tyre to the roads by 2024.

Called the 'UPTIS' (Unique Puncture-proof Tyre System), this innovative design promises to eliminate both the waste and danger that comes from a flat or blown-out tyre.

These tyres feature a complex internal architecture made from composite rubber and high-strength resin-embedded fibreglass that removes the need for compressed air to support the vehicle's weight.

They are so tough that Michelin says they will require a "near-zero" level of maintenance.

Currently a prototype still in development, Michelin say the UPTIS could potentially keep 200 million punctured car tyres a year from ending up on the scrap heap. And that's not counting the manufacture of spare tyres, which UPTIS would also make redundant. The environmental and economic savings would be immense. 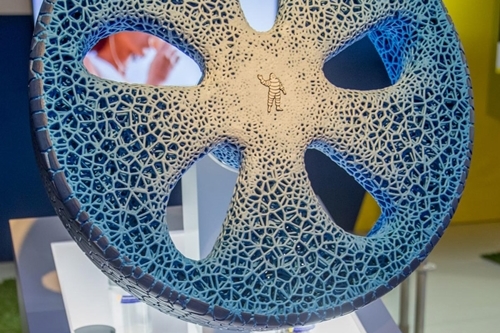 The UPTIS is not the only amazing tyre design, either.

At the 2017 World Summit on Sustainable Mobility in 2017, Michelin released a concept, called 'Vision', for a 3D-printed tyre that is airless, puncture-free, connected, rechargeable and customisable.

Made using biodegradable materials, the Vision concept tyre doesn't rely on air, but on an interior architecture that is able to support the vehicle's weight, also making it impossible for the wheel to puncture or explode.

The tyre is also equipped with sensors that provide real-time information about its condition, with an accompanying app.

Also, in 2019 Goodyear showed off a concept tyre called 'Oxygene' - a staggering design with living moss inside the wheel that absorbs carbon dioxide and moisture and, through photosynthesis, puts out oxygen!

It's not just cars that stand to benefit from this innovation. Airless and 3D-printable tyres are also being developed for bicycles, ride-on lawnmowers, and other vehicles. 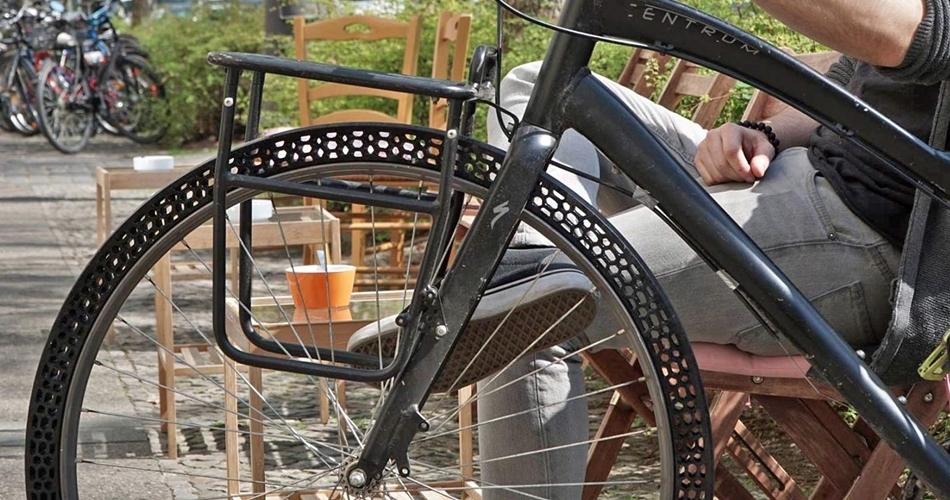 3D printer manufacturer BigRep have fabricated a tyre that's very similar to the prototypes devised by Michelin and others for the automotive industry. Only it's been scaled down to fit the rims of a conventional bike.

The beauty of this bicycle tyre is that it can be customized in terms of both tread pattern - suitable for anything from smooth tarmac to rocky mountain trails - and wheel size.

It's not a reality just yet but it does show what's possible, and gives us a glimpse of the near future now.